A day before election the most important issue in the news is now out!  Corruption from the president’s office down to congress and corporate America allows the next president, no matter who it is, to destroy the world as we know it. Everyone’s greatest fear, whether democrat or republican is true, there is a finger on the button!

To understand how this incredible power to nuke our world with just one button came about takes a very short review of a few issues that has affected every American over the last 20 years and come to a climax today. Stick with me… in just a few seconds you will see the picture and we can still stop it!  Look for the one magic word. You will find it!

The truth is in the word BIG.  With Big (money)  controlling all of our gov decisions pushing the button is easy to do. You have no voice!   Big business is no longer physically in America (only in name).  Destroy America in any kind of war that they don’t even lose their employees (their manufacturing employees are in Mexico, Taiwan and China).

Your one more day of power:  With corruption on this scale normally people would revolt as we did in 1776!  On the other hand you have a chance tomorrow morning to revolt against tyranny, and what we counted above is just a small part of it.  You can vote for either candidate and neither is anyone we would be proud of; however, there is one candidate who as Michael Moore called it, is a Molotov Cocktail thrown at the elite that have robbed us of our future. (Yes we know, the clip from his youtube talk is out of context).

Before anyone pushes the button and destroys America, push the button and save it! Vote for a candidate who said he would put a 35% tax on Ford if they moved jobs to Mexico. We need a molotov cocktail who represents all of us little people who have been oppressed, robbed and had our children die in wars we did not support!  Don’t vote for another corrupt politician who can help press the button that is killing America. Vote for a peaceful revolution!  Throw the molotov cocktail at congress, the white house and big business!  Vote for Trump (even if you don’t love him as none of us do!). 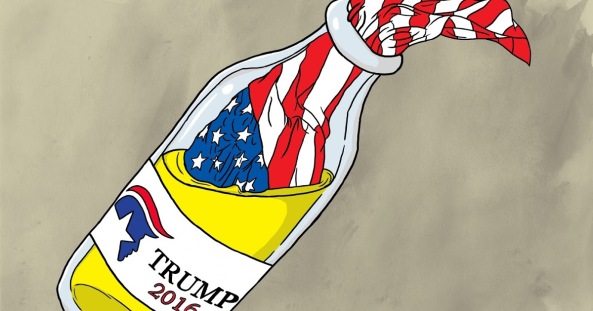 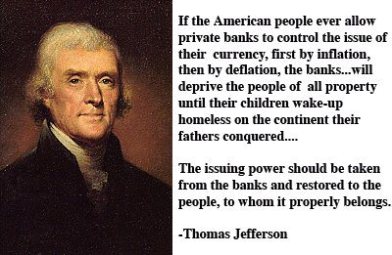 Study: US no longer a democracy http://zite.to/Pm8BeK

Remember, Remember the Fifth Of November