We need a contest to see who can match the most scenes from the “New” Star Wars movie 2015 to the old star war movies.  I will start first and you see how many you can recall, if you are not a millennial child who has never seen th 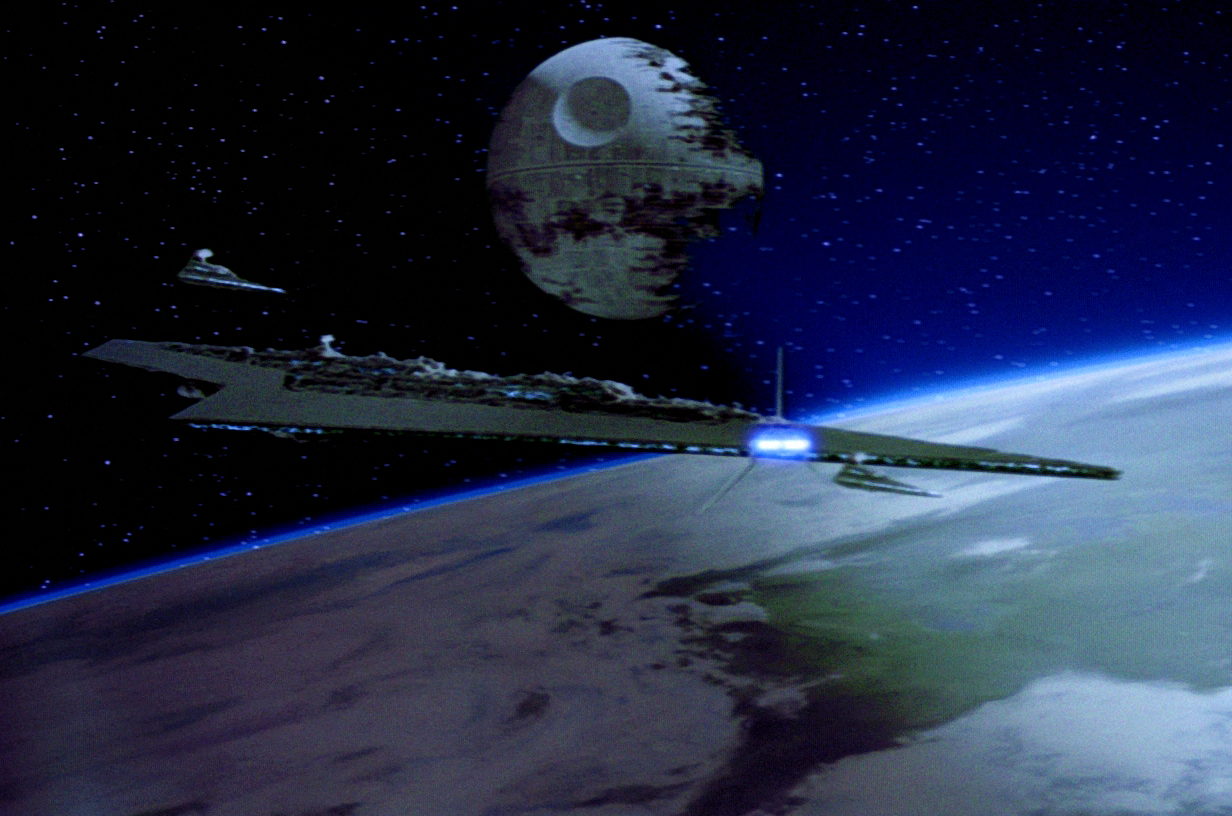 e old star wars that this one, with all its great action scenes and 3-d, is really a clone of!  By the way, I am not saying this movie was not entertaining and worth seeing.  It was a lot of fun; however, it a lacks seriously in creativity that I think could have made it a whole new adventure.   Here is my very quick list of clones concepts / scenes:

I am sure I have missed tons of stuff that was copied from the old Star Wars movies that you can show are cloned.  This is why the movie’s secret name is “The Clone Wars.”  It is a clone with lack of  creativity.  All that said it is entertaining and well done; however, for creativity,  I give it a zero.  For 3-d, colorful action and good characters, I give it an 8 out of 10. It was fun!  I just hope they are more creative in the next release.

Science Fiction and Fantasy continues to languish on the broadcast and cable as the networks still try to find the next Lost while giving us ersatz shows like FlashForward, V, and The Event or they have resorted to “sci fi lite” like No Ordinary Family, Being Human, and Warehouse 13.  So after the double-naught decade gave us such impressive genre output  as Farscape, Firefly, Battlestar Galactica, andLost (among many others), the teens decade of the 21st century has thus far turned up creatively vapid.  But that does not mean that episodic sci fi has completely lost its way.  The internet has offered a whole new outlet to creative talents and genre web series have begun to spring up by the dozens over the past few years giving us an exciting new spectrum of offerings to choose from.  True, most of these are done on a micro-budget, but many of the more adept creators of these series have found unique ways to work around these limitations and still deliver a superior product.  Primarily because they have focused on story-telling and or characterization.  So much like legendary shows such as The Twilight Zone and The Outer Limits did back in their heyday, these web series rely less on special effects and production values and focus their efforts on telling a good story, something that seems to have been almost forgotten on genre television these days.

Our Internet Connection column covers these web entries and gives you an idea what to look for and where to find them.  Following is a list of the shows that we have reviewed so far as well as some of the interviews that we have conducted with the creators of these web productions.  And check back on a regular basis as we continue to cover more of the genre web series out there in order to help you discover this completely new treasure vault of creative talent bringing you episode sci fi.  Also check out SciFinal.com where they currently have over 200 Science Fiction and Fantasy web series listed in their directory.

Welcome | FROM A SCI-FI STANDPOINT.

The goal of the Smart Girls love SciFi blog is to create a place where SciFi and Paranormal Romance fans can swap information about the genre, books, movies, tv, and podcasts we love.  The blog will feature SciFi romance book recommendations and book news along with a dash of paranormal romance and genre related discussions.